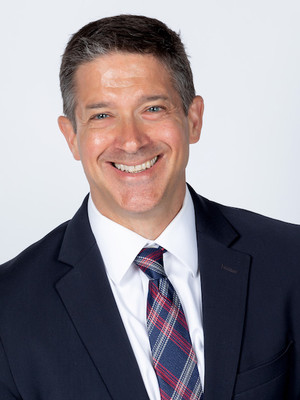 An accomplished financial communications and corporate affairs counselor, he has in-depth experience with financial transactions and strategic corporate events, including quarterly earnings, mergers and acquisitions, non-deal roadshows, management successions, initial public offerings, litigation support, proxy contests spin-offs, carve outs, corporate financing arrangements and bankruptcies. He has served as the company spokesman and financial writer for myriad clients and has strong relationships with key print and broadcast journalists in major markets throughout the country.

Before joining Lincoln Churchill Advisors (LCA), Mr. Larsen lead the corporate communications group for the Chicago office of the international PR firm Golin. Prior to that, he led the crisis communications and special situations practice for the leading professional services PR firm Greentarget.

He spent seven years with Sard Verbinnen & Co, an international financial communications and issues management firm. Prior to that, he led the financial services practice in the Boston office of Weber Shandwick. He started his career working in increasing roles of responsibility for the investor relations practices of several international public relations firms.

Mr. Larsen earned an MBA in finance and marketing from Loyola University Chicago. He graduated with a B.A. in Classics from Bucknell University. During his previous career as a registered financial consultant, he obtained his Series 7 and Series 63 certifications. He served for many years on the board of directors, as well as chapter president from 2016 to 2017, for the Chicago chapter of the National Investor Relations Institute (NIRI).

When not chauffeuring his children to their many activities, Mr. Larsen is active in his community. He is the chair of the board of directors for the DuPage Children’s Museum in Naperville, Illinois. He is a regular fixture on the Home & School boards of his children's schools. And he also has worked with the Chicagoland Affiliate of the Susan G. Komen Foundation and for the CEOs Against Cancer program of the American Cancer Society.

Mr. Larsen loves to play golf and tennis. Now that his children are growing older and increasingly becoming more embarrassed by his mere presence, he hopes to dust off his racket and clubs. He is also an avid recreational runner, running two to four miles many mornings.

"One ought never to turn one’s back on a threatened danger and try to run away from it. If you do that, you will double the danger. But if you meet it promptly and without flinching, you will reduce the danger by half."

"The best way to predict your future is to create it."

"If we could first know where we are, and whither we are tending, we could better judge what to do, and how to do it."

"Always bear in mind that your own resolution to succeed, is more important than any other one thing."

"It is wonderful what great strides can be made when there is a resolute purpose behind them."